RER Appreciation After the Great Recession: Misalignment or Fundamental Correction?

This paper addresses three policy questions related to the episodes of real exchange rate (RER) appreciation in the aftermath of the 2008-09 global financial crisis. First, we determine the extent to which recent movements in RER, in several countries, are driven by changes in RER determinants (fundamentals) and correction of past misalignments or if they constitute a movement away from equilibrium (i.e. a misalignment itself). Second, we quantify the importance of non-fundamental variables such as the interest rate differential, the rate of growth of foreign reserves and credit growth in affecting the RER short-run dynamics. Third, we assess the impact of the exchange rate regime on the RER speed adjustment, distinguishing between emerging and developed economies. We conclude that countries that experienced a significant RER appreciation, in the aftermath of the 2009 crises, were undervalued before the crisis hit. In this context, movements in the RER after the crisis were driven by correction of past misalignments as well as a reaction to movements in economic fundamentals. Finally, emerging economies with less flexible exchange rate regimes show a slower speed of RER adjustment towards its long-run equilibrium. 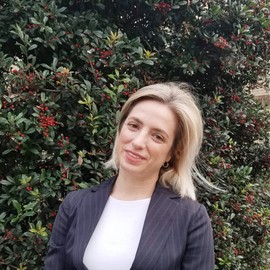 I am a Ph.D. candidate at the Georgetown University. My fields of specialization are labor economics and applied microeconomics.